In 2017, at Amsterdam Airport Schiphol, Ju Tzong-ching, Brandon Lin and Lee Hsiao-ping were about to fly to Moscow, because the Ju Percussion Group (JPG) was invited to participate in the Chekhov International Theatre Festival and perform the Percussion Theater: MuLan. Ju Tzong-ching served as artistic director, Lee Hsiao-ping was the director, and Brandon Lin, an entrepreneur in the ceramics business, joined the trip as the “best cheerleader”.
During the transit, Brandon Lin talked about his hometown, Luzhunan in Miaoli, and shared his childhood memories with Ju and Lee. Lin has been a successful businessman who not only contributed to charity in the local community, but also organized cultural activities, such as the Luzhunan Arts Festival and the old houses renovation. He was always thinking about what else could he do for his hometown?
This emotional attachment to the family and land was rustic, sincere, warm and touching, with which Ju strongly resonated. Ju, who clicked with Lin when they first met, thought to himself: would it be possible to use artistic creation in the form of a percussion theater to transcend this emotional attachment? Finally, Lee said, just call it “A Tale of Clay”, which was the simplest, most straightforward, and warmest.

An old place worth going back

Located next to the Toufen Industrial Park in Miaoli, the Luzhunan community is a traditional settlement with over three hundred years of history. Due to the limitation on construction in the industrial park, large numbers of Sanheyuans, or three-section compounds, are kept intact by surprise, which have now become precious cultural assets. “Houses are like a micro family history,” said Lin, who spent great money and efforts to preserve the old houses as the way they used to be and reconstructed the deserted old houses, so the Luzhunan community would become “an old place worthy going back”.
The fruit-bearing longan trees are the emotional connections between the offspring and their ancestors, as well as the symbol for seeking eternity. From the script to the musical creation and stage design, the production team made use of the Luzhunan local images of bricks and tiles, longan trees, radish lamps, beams in the old houses and moonlight, along with the clay industry’s relentless spirit to “turn clay into vessels” and break down and start over again and again. Thus, the “Luzhunan legend” with strong human touch was created, a performance blending the love for the land and humanistic culture.

Trials in the sheet metal house

The percussion theater’s performance format was different from the concert in a concert hall or a drama in a theater. On the contrary, it was a deep connection which blended all of the elements in a concert and a theater into one unity. Thus, the percussionists on the stage not only had to play the music, but also move to the right position and give dramatic performance like actors. Sometimes they even had to show physical strength and beauty like dancers and athletes.
As the percussion theater was such a huge undertaking, the JPG’s original rehearsal space was not big enough, so the group had to borrow another place for rehearsal. The first rehearsal took place in scorching August, and the rehearsal space was in a sheet metal house in Shezidao with no air-conditioning, so the whole place was like a high temperature furnace. When the members rehearsed inside, they had to keep running. It was certainly a formidable challenge to their physical strength.
Based on the script, when director Lee Hsiao-ping was at the rehearsal space, he had to take into consideration the overall stage design, and the lines, rhythms, speed of the music, as well as the number and types of musical instruments, and the movements on the stage. After constant revisions, some of the musical parts were completely written off after rehearsals. As a result, oftentimes after a full day of rehearsals, composer Hung Chien-hui had to go back home and burn the midnight oil composing new music and print out new music sheets for the rehearsals the next day.
This back-and-forth finetuning process was all about breaking down and starting all over. Every participant was tormented. However, the trials in the sheet metal house inspired the fundamental spirit of this work, so that the performers were able to create resonance and touch people’s heart on the stage through their attitude and the ability to switch been movement and stillness.

The crossover experiment between ceramics and percussion music

To create the music based on ceramics, composer Hung Chien-hui looked for all sorts of materials, and even visited ceramics factories and called on clay artists to explore the possibilities of the sounds. She collected the real clay, tools for making ceramics, ceramic vessels and musical instruments, urns, bowls, pots, ocarinas available in the market, and a musical instrument called Udu. She beat and knocked on everything and conducted the experiment of sounds in the rehearsal space.
On top of that, for “A Tale of Clay”, Mr. Brandon Lin, who grew up playing with the clay, even brought the clay from his hometown Miaoli and had it burned to create the instrument Udu, so that the music from the instrument could resonate with the story’s prototype. Furthermore, the radish lamps, which symbolized the traditional Lantern Festival in Luzhunan and were extremely difficult to produce, were also made by Brandon Lin particularly for this production.
However, the spirit of incessant breaking down, starting over and challenging oneself is the core spirit of the crossover between ceramics and percussion music. This truthfulness and sincerity have ultimately created breathtaking and touching results on the stage.

It takes a village to build a house

From the inception of the core idea, to rounds of meetings and endless discussions back and forth, the preparation took over one year. During this lengthy period, it was indeed a massive undertaking to integrate all of the elements of the percussion theater, including the music, script, costumes, stage, lighting, sounds, and projection. It was just like building a house, which takes the whole village to work together.
Artists from different fields came to the theater with their own imagination about this work and their own strengths, so they could inspire one another. All the stage props and boxes of musical instruments were transported to the National Taichung Theater, the venue for the world premiere of the Percussion Theater: A Tale of Clay. When the boxes escalated from the bottom of the theater to the stage, and after the staff unboxed everything and set up the stage and the settings, the countless “work on the paper” had finally transformed into concrete execution and vivid settings. Everyone was exhilarated and excited.
The Percussion Theater: A Tale of Clay has once again demonstrated that the birth of a production requires the collaboration before and behind the scenes, both of which are indispensable. The contributions and concerted efforts from the team were filled with sweat, tears, laughter, and moving moments, just like a family.

Return of “A Tale of Clay”, dedicated with love

At the end of 2019, there were a total of ten performances of The Percussion Theater: A Tale of Clay in Taichung, Taipei, Kaohsiung and Miaoli, with almost 9,000 audience members going to the theater to enjoy this brand-new production. After the first tour, Artistic Director Ju Tzong-ching announced that this piece of work will return to the theater in January 2021 to celebrate the Ju Percussion Group’s 35th anniversary.
To achieve perfection, it takes great efforts to break down and start over. On the path to pursuing art, the JPG’s core values have never changed over the past 35 years. The Percussion Theater: A Tale of Clay is not only a culmination of the JPG’s performances over the past three decades, but also echoes with its journey through the shared attachment to “home”, so as to bring out the eternal value between the changing and the unchanged.
“Clay is our name, said grandma’s grandma. That is the name given by our grandpa’s grandpa’s grandpa under the longan tree. We have made a promise that we will pass it on from generation to generation.” 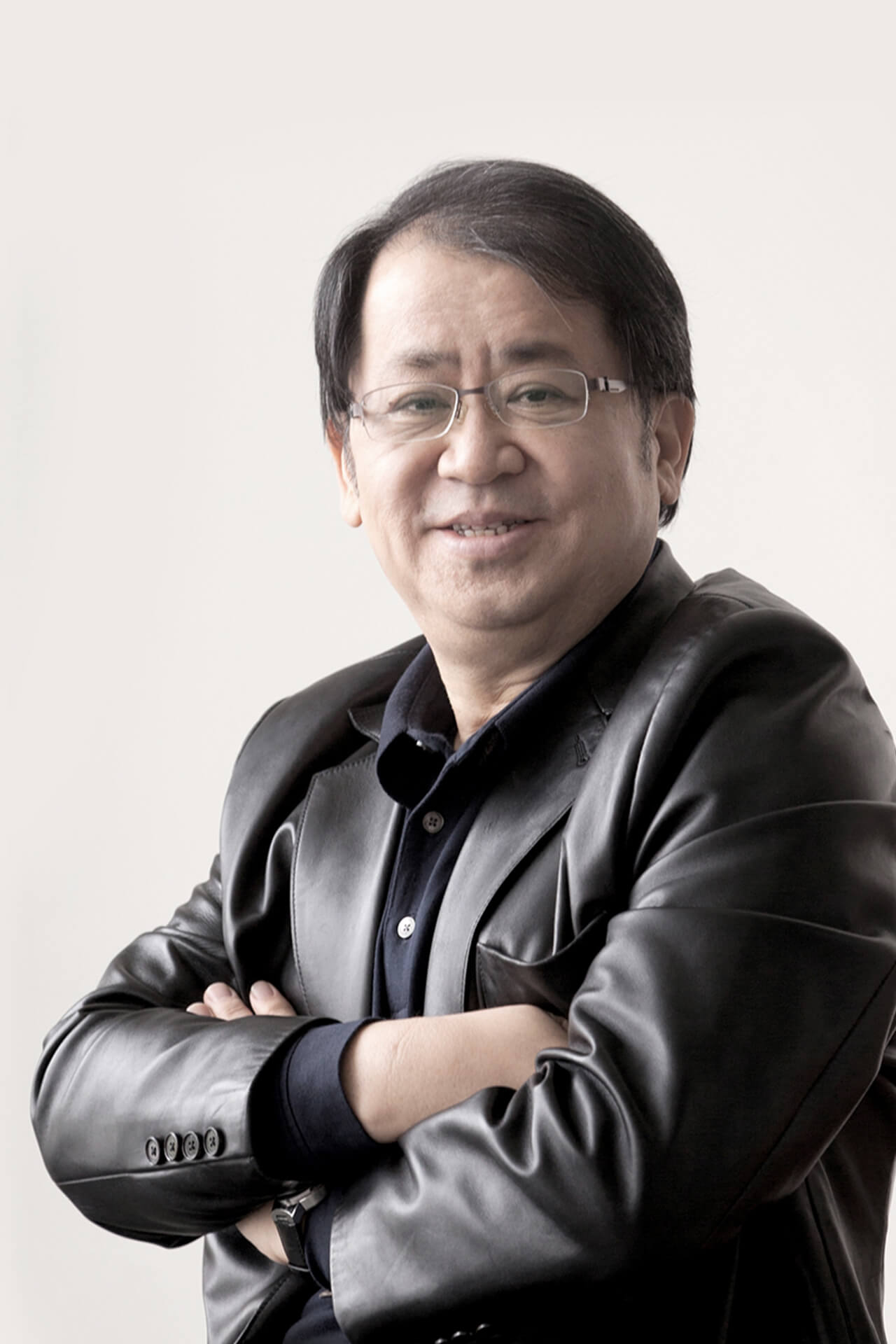 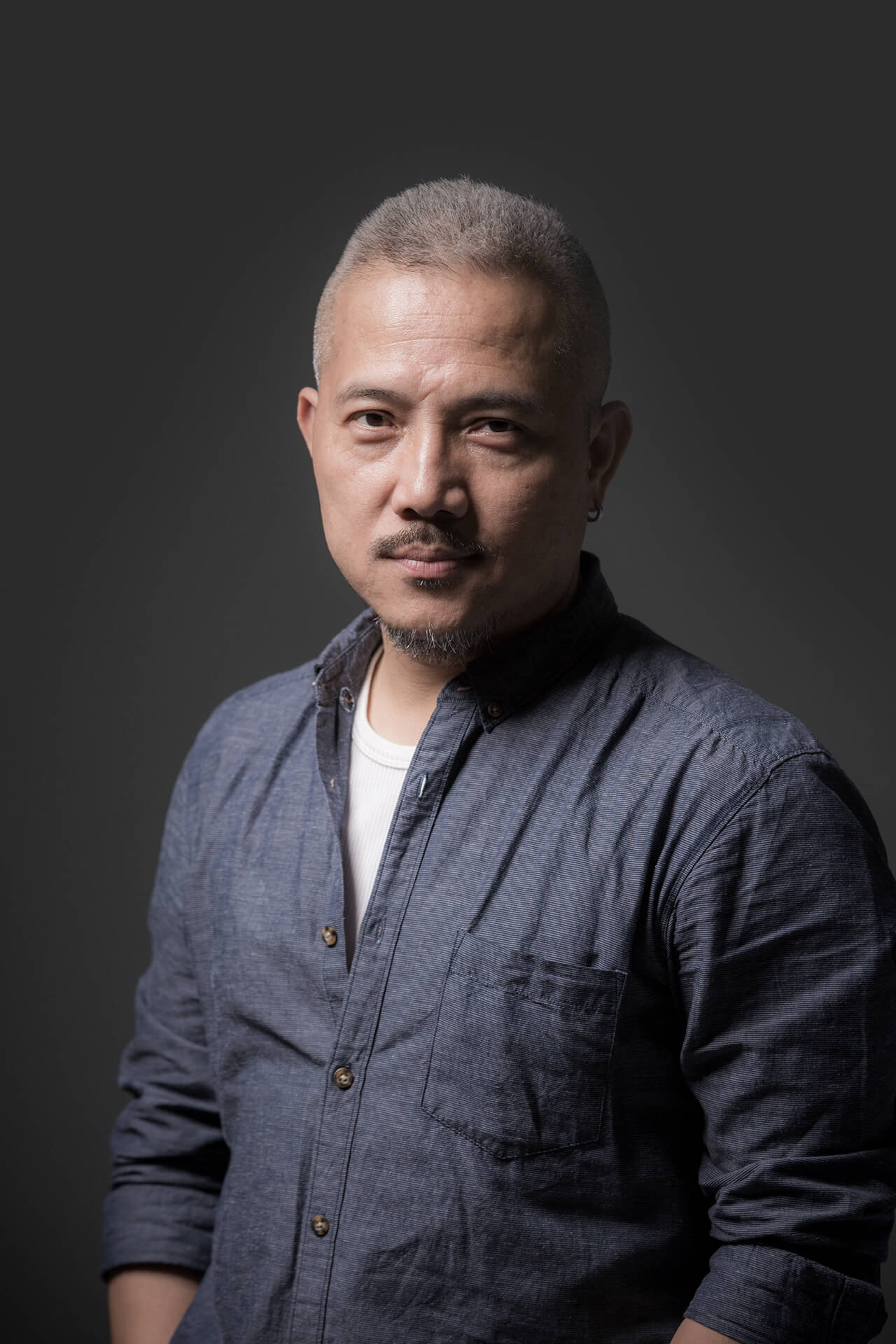 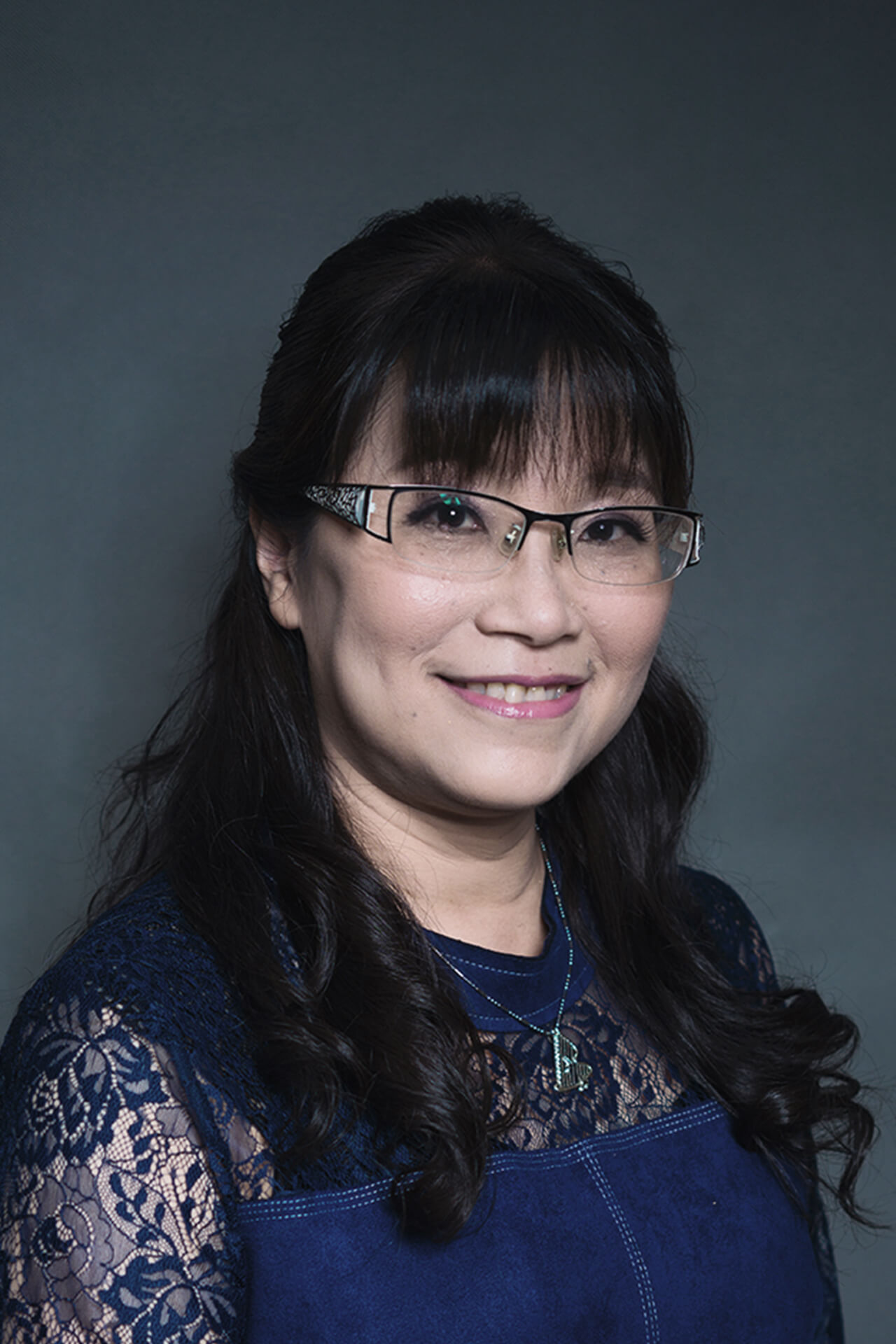 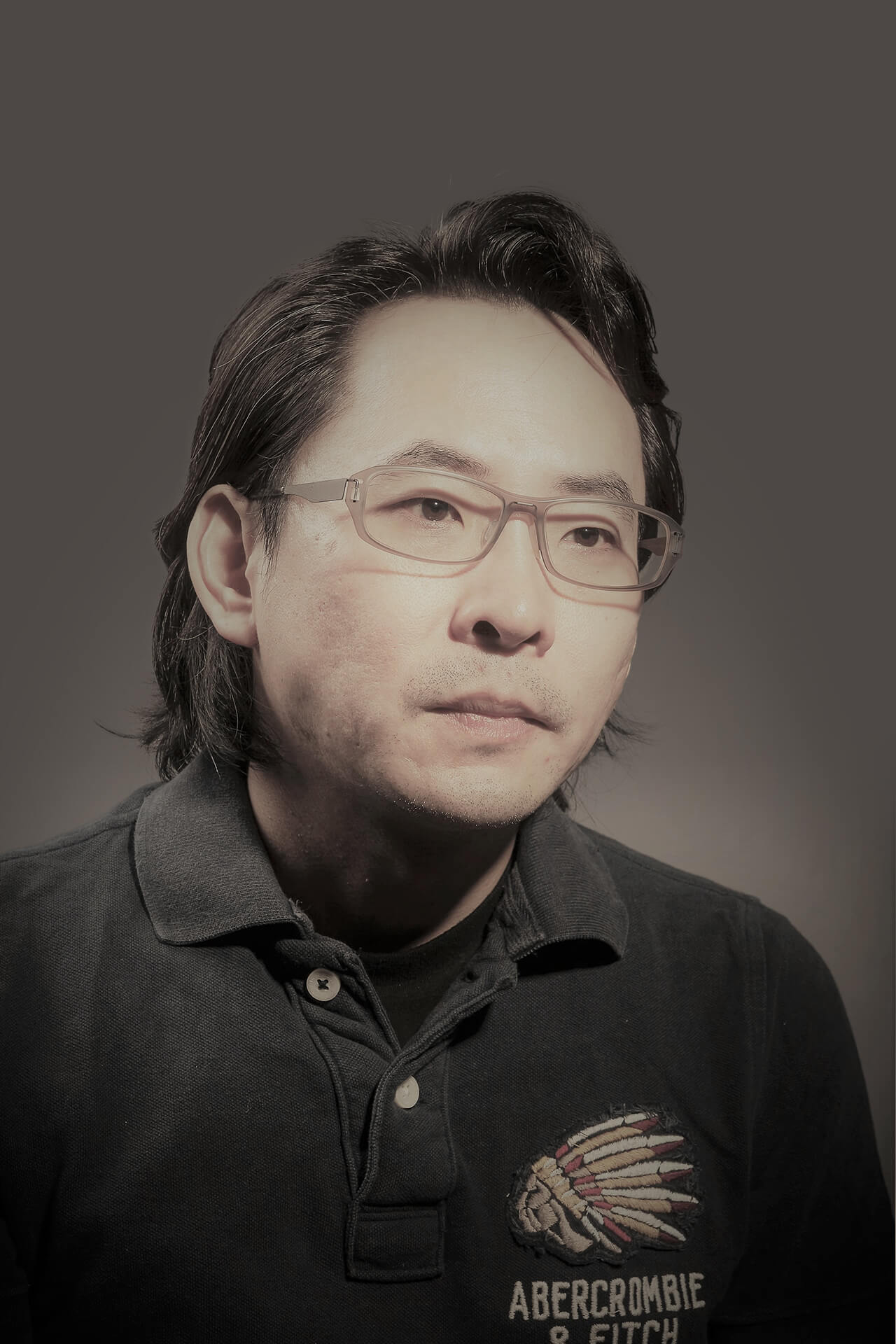 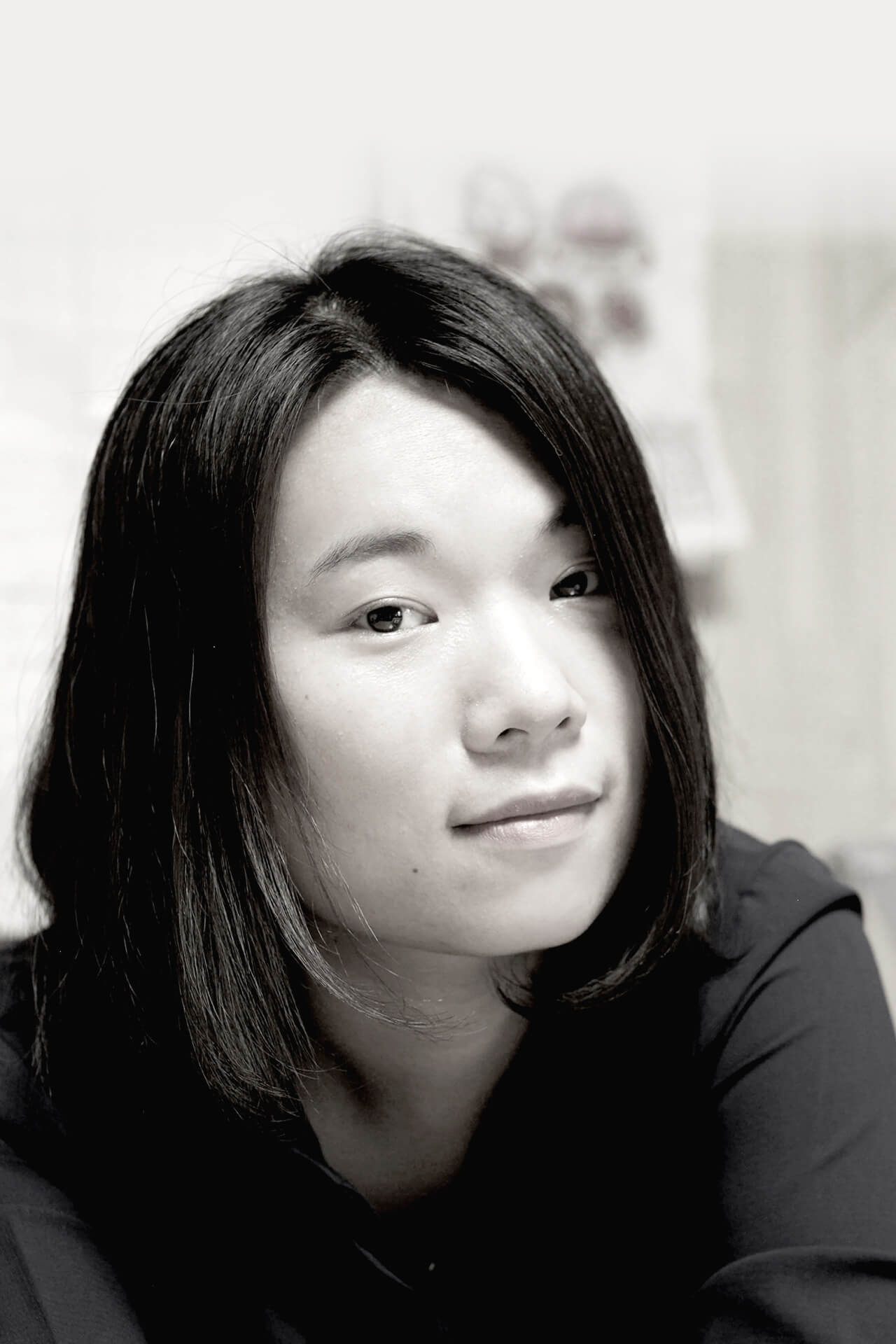 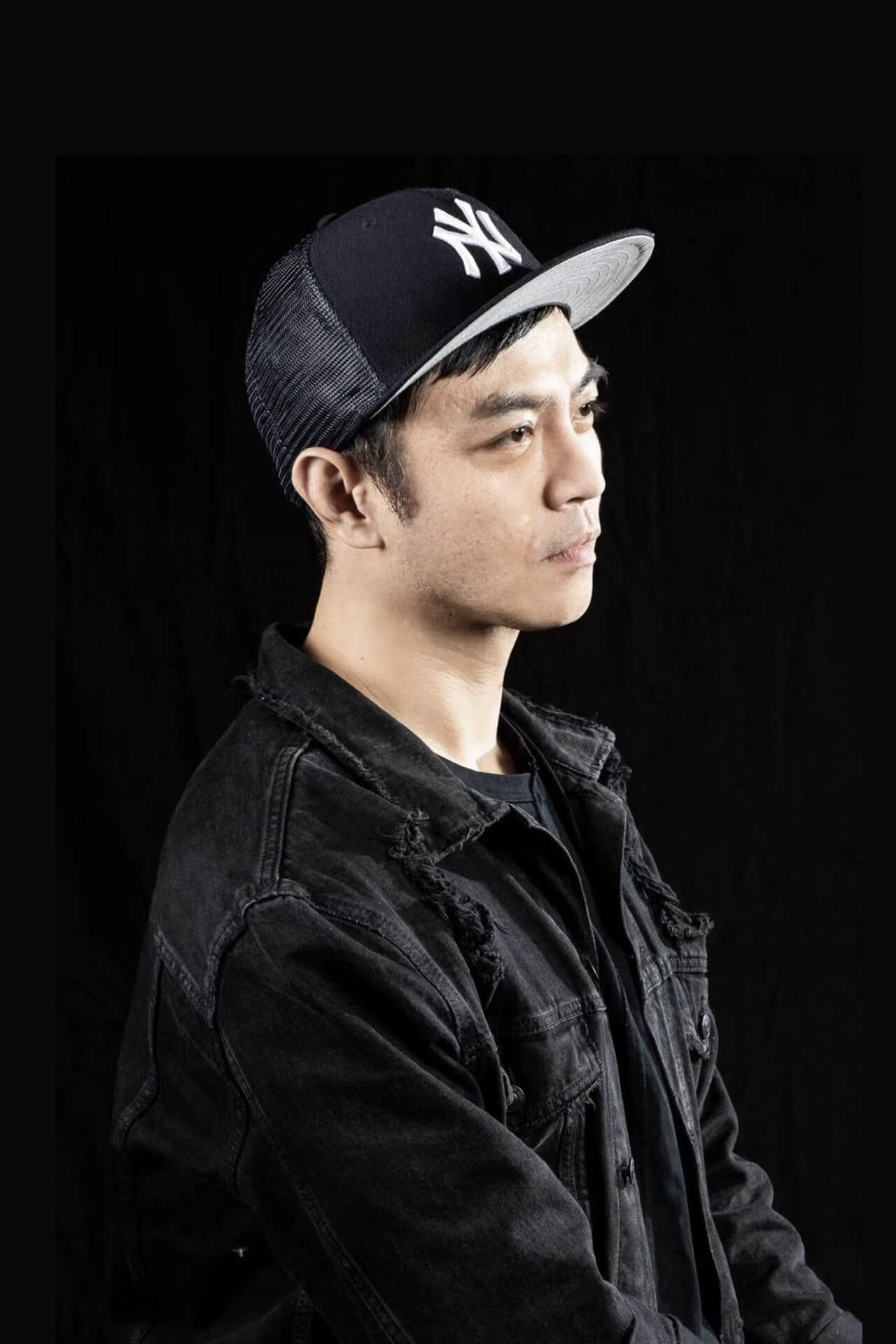 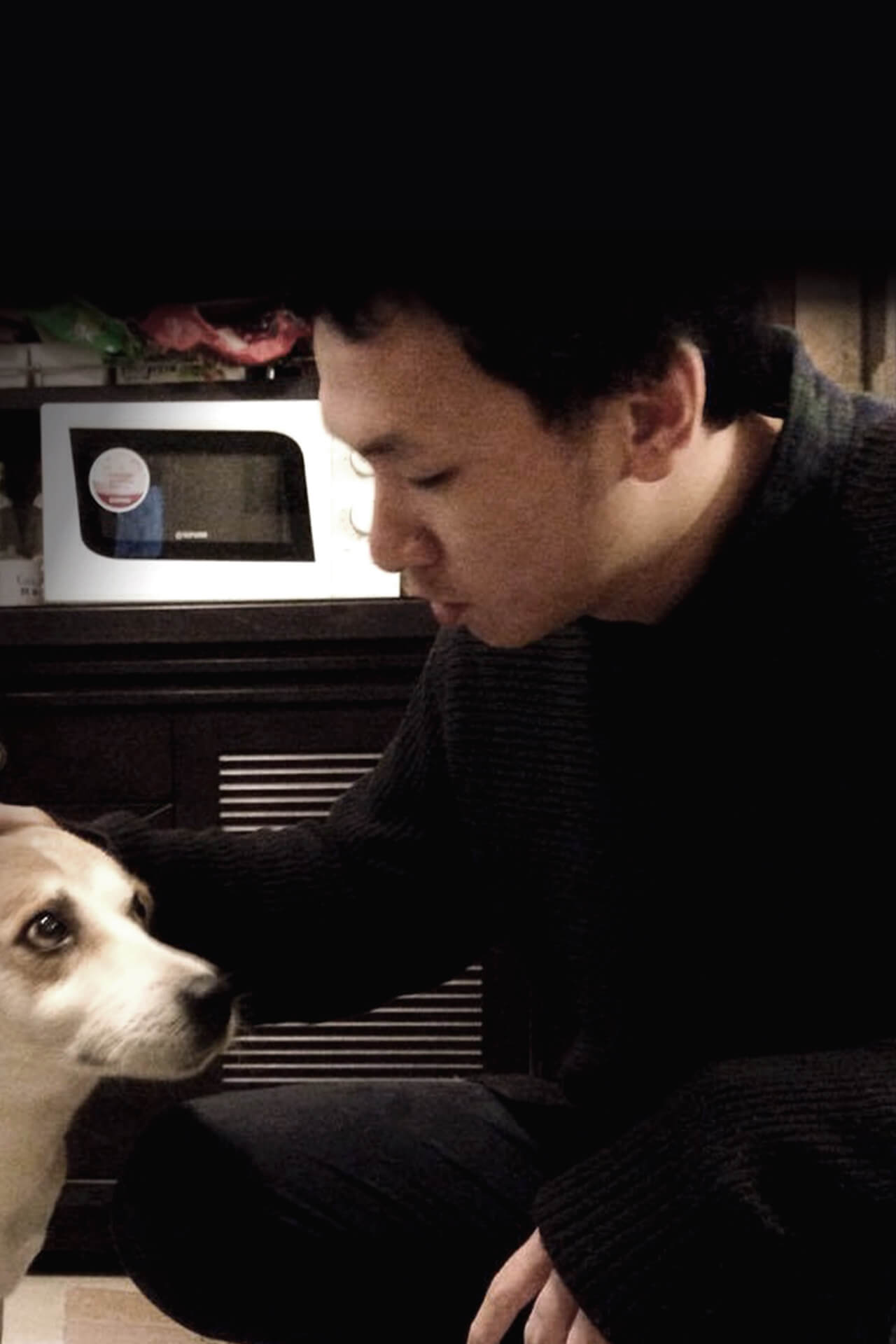 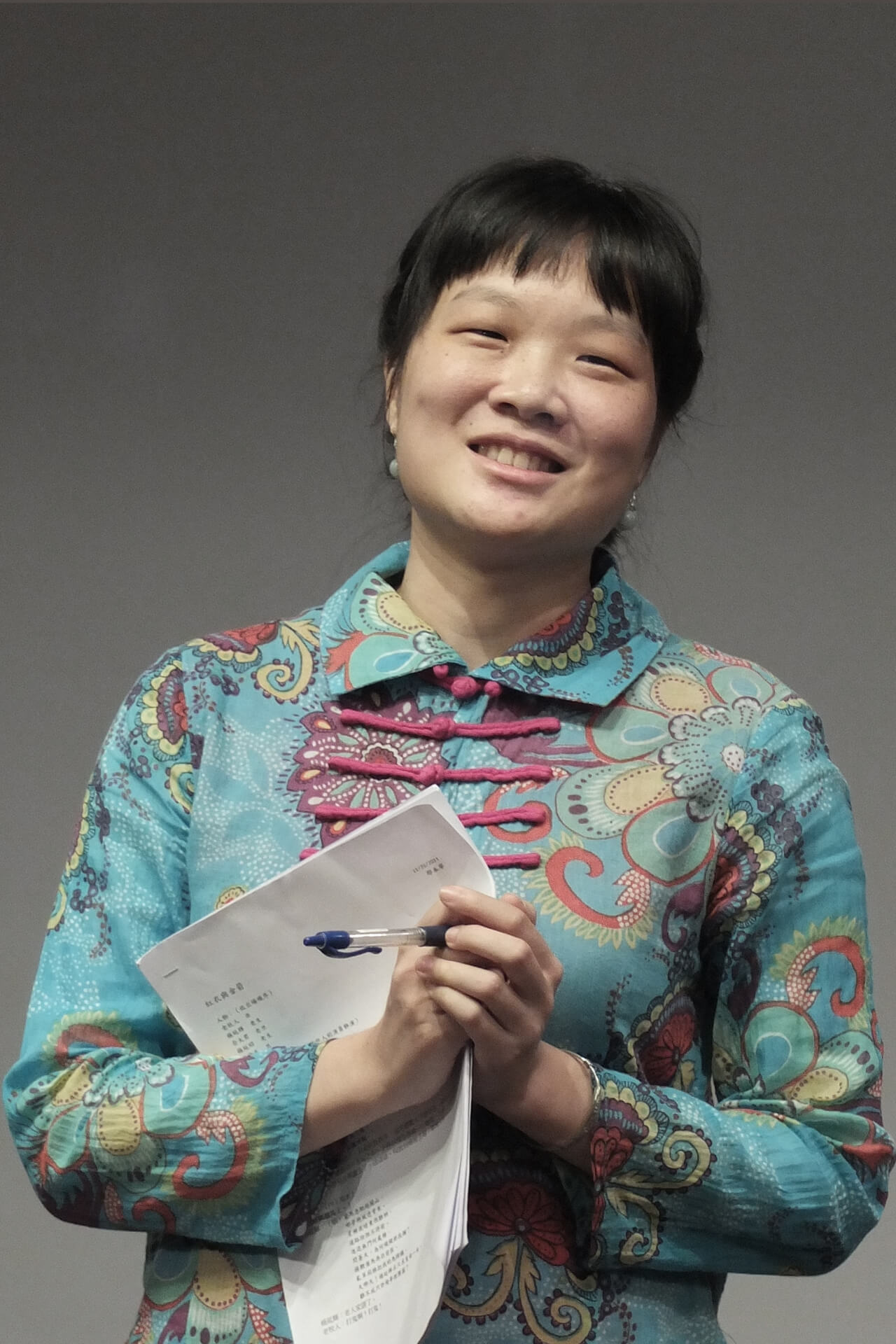 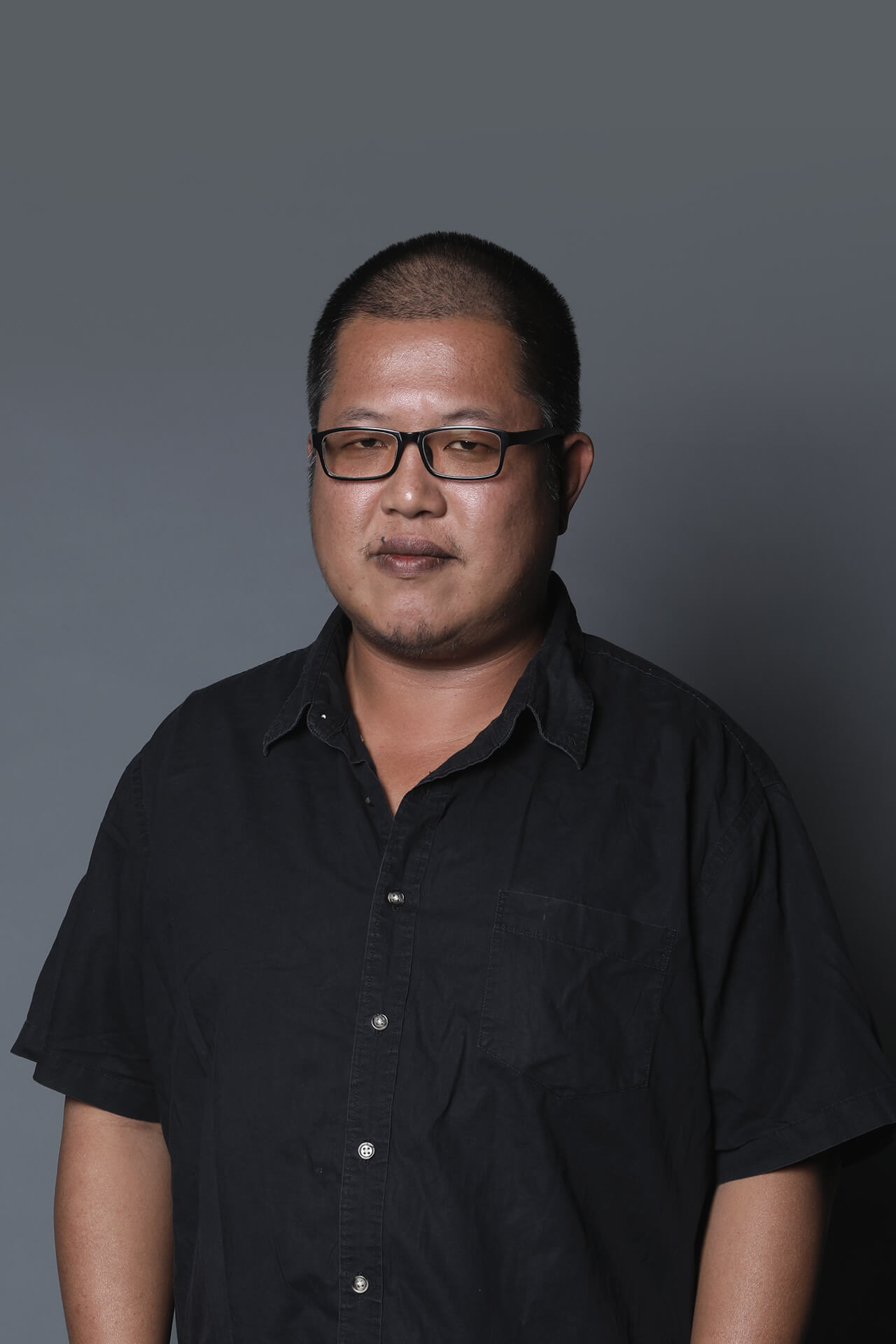 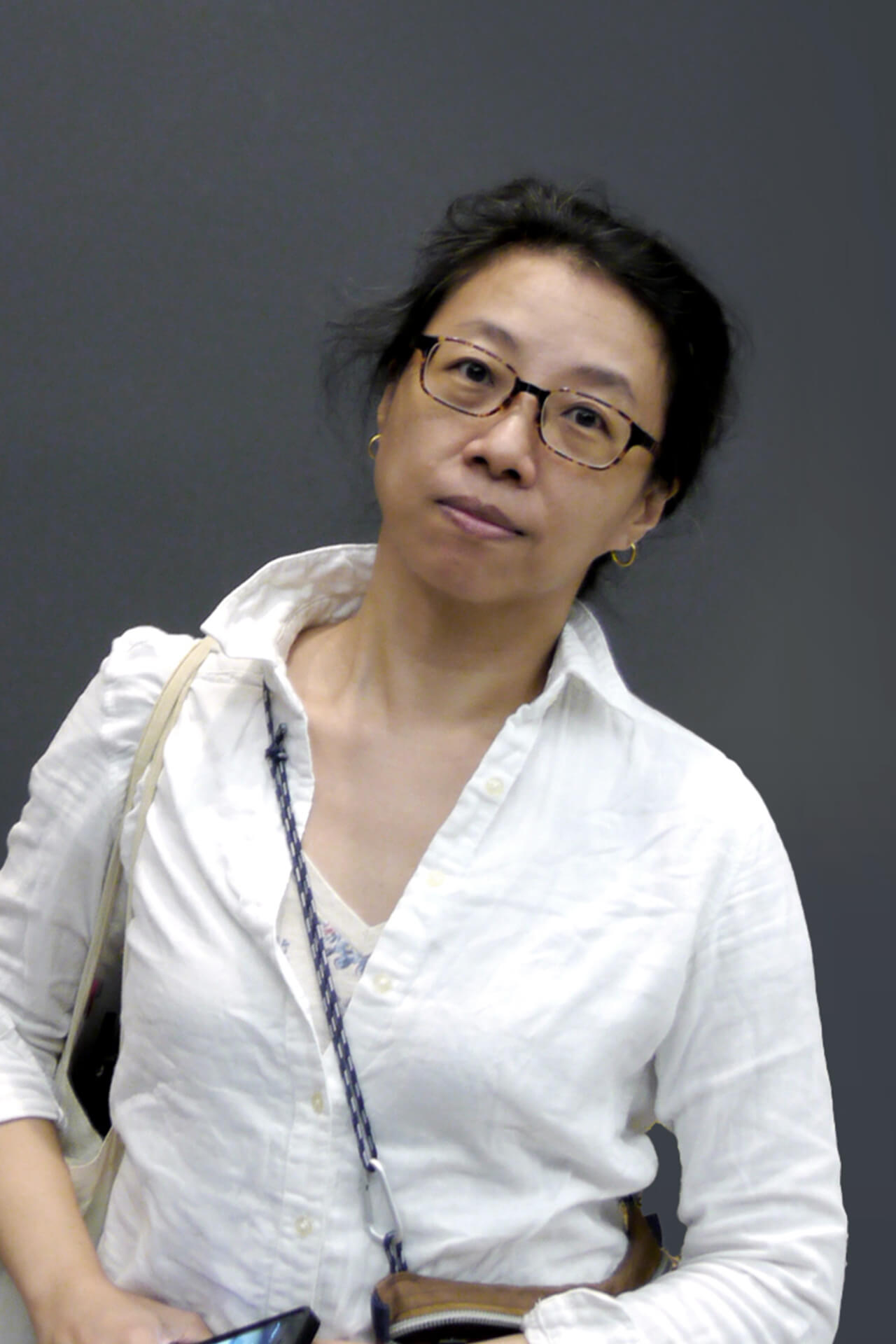 The Establishment of the Story House
故事屋構成
Shih, Pei-Yu